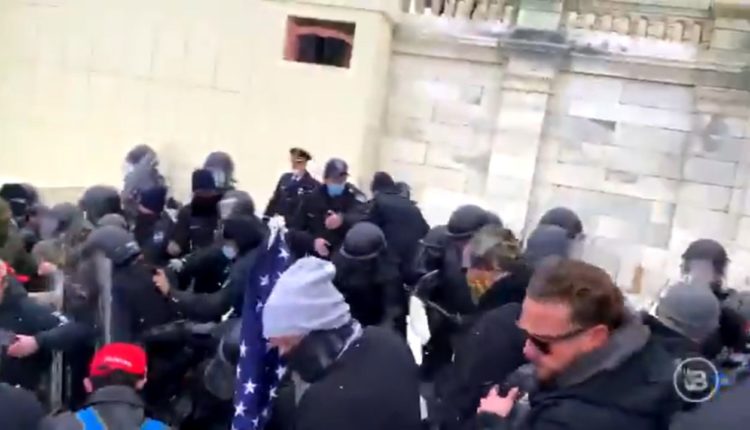 I’m currently sheltering in place. The Capitol building has been breached and both chambers are locked down.

This is the chaos and lawlessness @realDonaldTrump has created.pic.twitter.com/RBAi4IW0Fm

An officer quakes in fear as the crowd rushes past, pushing officers against the wall inside the U.S. Capitol Building #January6th #DC #WashingtonDC #WildProtest pic.twitter.com/TSXI3UQLSH

The crowd rushes a line of police attempting to block access to inner parts of the Capitol. Police are forced to retreat and stand down #DC #Washington #CapitolBuilding pic.twitter.com/WEGwumvimk

I am safe. We have been evacuated.

Let me be clear: we will not be stopped by this lawless intimidation. pic.twitter.com/WWDJst4V1B

Obsessed with these Trump protestors who broke windows to get into the Capitol Building but then stayed inside the red ropes pic.twitter.com/UqnseAbEb1

Police and Trump supporters are going at it INSIDE of the Capitol. Never thought we’d see something like this pic.twitter.com/MqBJoKYHbP

Senators being evacuated, as protesters storm the Capitol. Trump supporters seen here discharging a fire extinguisher, and officers are literally standing there and watching them...